Content of operation
① Business activities related to culture and sports.
② Workshops to promote improvements on health and communication.
③ International exchange projects to deepen the learnings and mutual understandings upon overseas culture and history.
④ Business on merchandise sales to create more employment opportunities and development of vocational skills/education.
⑤ Public awareness campaign through the sponsorship and operation of events and publication of newsletter.
⑥ Collaboration and/or sponsorship to organizations with a similar purpose.
⑦ Other necessary operation in order to achieve the goal.

Chairman of the Board Aya Miyoshi

Born in 1976
Graduated from the Shinshu National University (Japan) with a Bachelor of Education.
After her career in fashion industry, Miyoshi opened a fair trade shop “LOLO SITOA” in 2004.
Making contributions on environmental issues, she began to involve deeply with the emerging struggles of Tuvalu and humbly continued her work for the next generations. 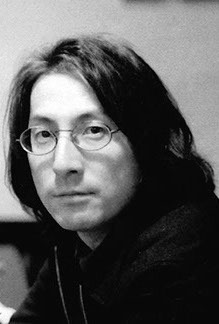 Vice Chairman of the Board Michinori Nagano 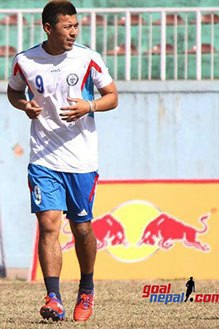 Born in 1988
Began to play soccer in his childhood, with bare feet on a patch field, Santosh crossed over the river everyday with his uncle to commute for the practice. Regardless of the poor advantages of his environment, Santosh persisted his career to become the youngest professional player in Nepal when he was 16.
Soon after, he was selected for the National team of Nepal in 2007 and had continued to play until 2015. Also played for the overseas club teams such as Bangladesh, Maldives and Indonesia, his achievements were acknowledged with many awards.
In 2015, he set a new record of scoring most goals in the Nepal league history.

2004
Opening of the fair trade shop “LOLO SITOA”, which was the predecessor of REALE WORLD.

2005
Initiated a fair trade community of mothers in Tuvalu.

2007〜2008
Began a caravan of picture story shows to elementary schools in Shizuoka, Japan, for a topic of environmental issues in Tuvalu.

2009
Invited a Nepali guest to Japan for a cultural exchange program.

2010
Conducted a lecture on environmental issues at the middle school in Thimi Village, Nepal.

2011
Initiated a team of fair trade activity for women in Dharamshala, India (Tibetan refugee autonomous region), motivated by the act of donation from a young girl in Ito City.

2011
Invited a Romanian guest to Japan for a cultural exchange program.

2012
Conducted a lecture on fair trade for the students of Native American High School in Los Angeles.

2012
Invited a Tibetan refugee to Japan for a cultural exchange program.

2015
Signed a partnership with the Anandakuti Vidyapeeth School in Nepal to begin social work activities through school.

2015
Signed a partnership with the Rotaract Club in Nepal to begin social work activities.

2015
Founded the Santosh REALE Fund on the day of catastrophic earthquake in Nepal to begin restoration activity.

2016
The chairman of the board and representatives of FC REALE visiting Marcet Academy in Spain and the Croatian soccer club.

2017
Conducted the first REALE CUP as an experimentation.

2017
Reached the amount of fund through a cloud funding in Japan for the Fence Project.

2018
Conducted a friendly match as a funding event for the restoration of Nepal’s earthquake victims.

2018
Began and completed the construction of fence around the FC REALE field in Nepal. (Fence Project)

2019
Opening of the educational soccer tournament, REALE Cup for U12 in Japan.

2019
Coordination and assistance for the “Heartful Soccer in Asia” in Nepal by the Urawa Reds Heartful Club’s grass roots activity project.

2019
Signed a business partnership agreement with the general incorporated association SSIZU, which allows FC REALE to become the youth club academy of SSIZU.